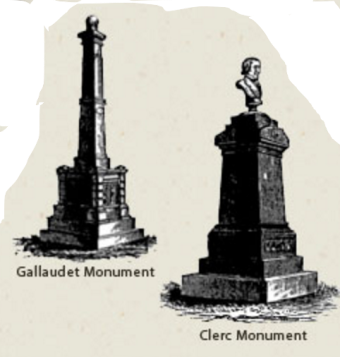 John Hotchkiss, alumnus of the Connecticut Asylum for the Education and Instruction of Deaf and Dumb Persons (American School for the Deaf) and professor at the National Deafmute College (Gallaudet University), told many great stories about Laurent Clerc in the important 1913 NAD film “Memories of Old Hartford.” There are no films of Laurent Clerc, since moving pictures were invented after his death, making Hotchkiss’ visual testimony of what Clerc looked-like, walked-like, taught-like, and thought-like priceless.

This clip from Hotchkiss’ “Memories of Old Hartford” explain how an elderly Clerc was admiring the plinth monument that was erected at ASD in Thomas Gallaudet’s memory and Clerc’s response when asked if a monument should be established in his memory. Clerc replied that he really didn’t know about that but that if such a monument was to be made he would like it to be erected near the one honoring T. Gallaudet for as in life they worked together so after death may they be remembered together.  Years later the Deaf community raised funds ($3,000 – note how Hotchkiss signs the word for $ as a coin in the palm of the hand) to have a bronze bust of Clerc made and placed it where he had specified. (Note the monument honoring Thomas Gallaudet no longer exists but the bas-relief of Thomas Gallaudet teaching (designed by Deaf artist – John Carlin and sculpted by Mr. Argenti in 1854 for the south panel of the original Gallaudet monument) was salvaged. (see below the video box). The monument itself was designed by Deaf artist Albert Newsam, a teacher of Carlin’s. (see below the video box for info on Newsam and Carlin’s work on the Thomas Gallaudet’s monument and a detail of Newsam in an artwork by Nancy Rourke. The bronze bust monument honoring Laurent Clerc remains at ASD) 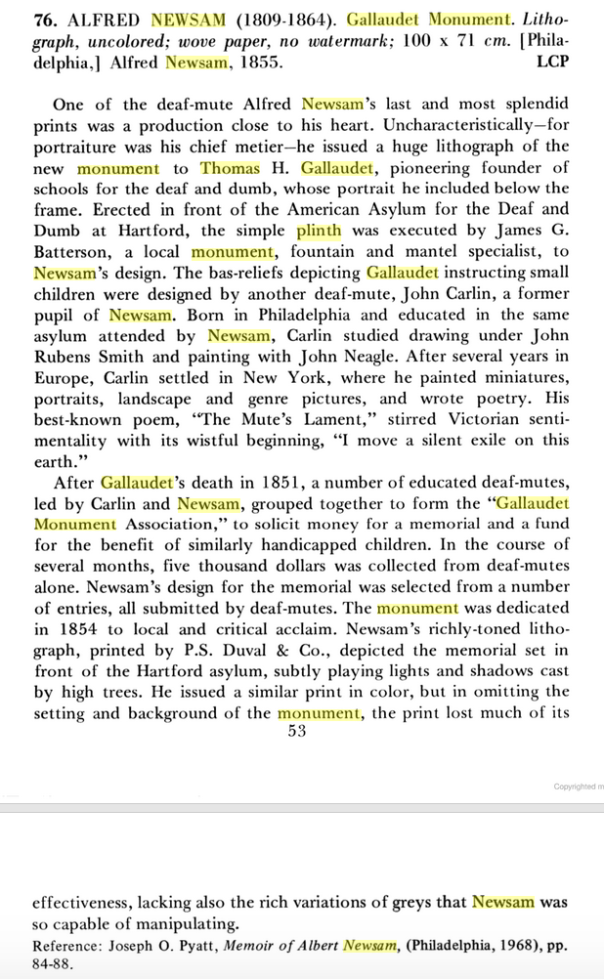 Excerpt from Made in America: Printmaking, 1760-1860: An Exhibition of Original Prints 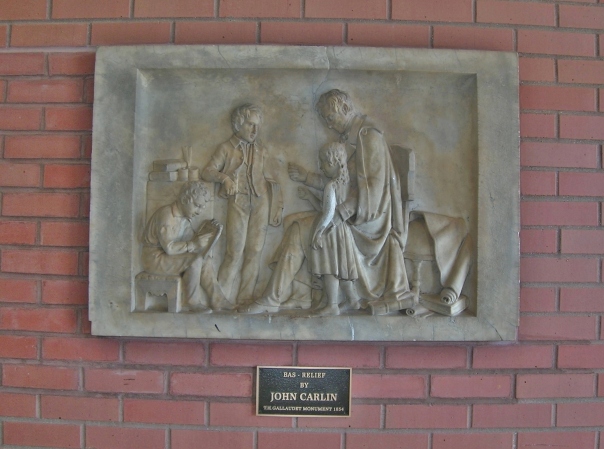 Info on John Carlin and some of his paintings – http://www.questroyalfineart.com/artist/john-carlin/ 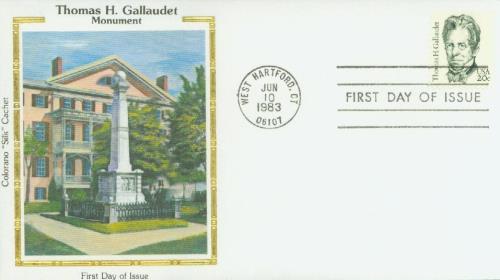 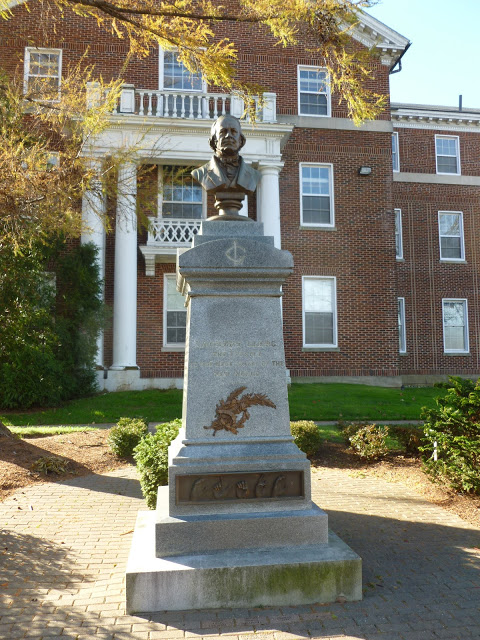 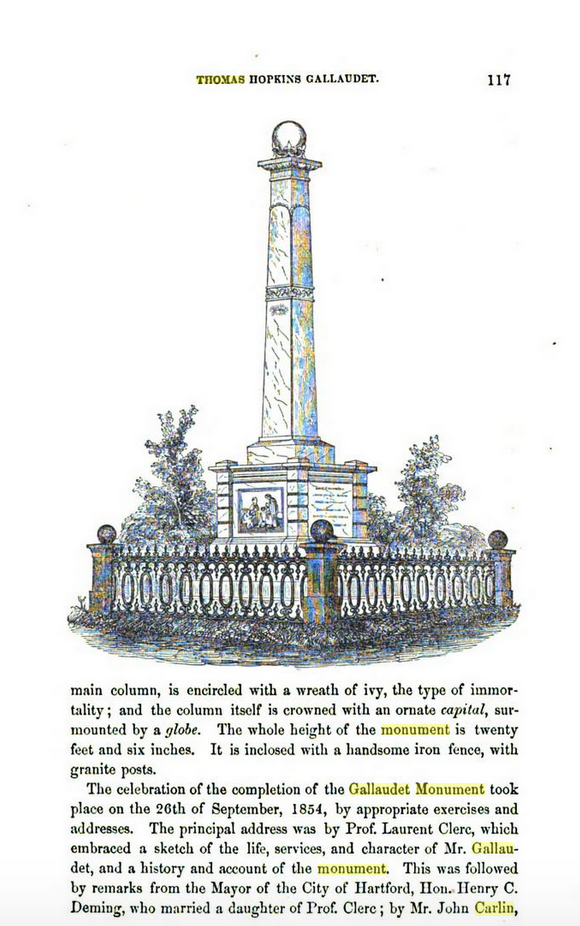 from Educational biography. Memoirs of teachers, educators, and promoters and benefactors of education, literature, and science, reprinted from the American journal of education. Part I. Teachers and educators. Volume 1. United States. Edited by H. Barnard